When dreams are acted out, how to recognize the REM Sleep Behavior disorder?

We all know that dreaming is a mental activity that does not translate into behaviours. But what happens when it’s not the case?

People suffering from REM Behavior Disorder (RBD) have a defect in their brain mechanism. Most sleepers are prevented from moving in rapid eye movement (REM) sleep. But people with RBD lack this protective “lock” that keeps them inactive during REM sleep. People with RBD can move and act out what’s happening in their dreams.   REM sleep is paradoxical because it is characterized by a very active mental state and elaborated dreaming with rapid eye movement, but in a body that is sound asleep and temporarily mostly paralysed.

Since people with RBD have an abnormal muscle tone due to a lack of paralysis during REM sleep, they can move their whole body, talk (somniloquy), laugh, walk, grab, kick and punch, sit up in bed and get out of bed while being asleep and dreaming. RBD is not how you want to bring your “dreams” to life. Behaviours associated with RBD are usually in line with what dreams are: most of the time illogical, a distorted form of our reality and emotionally charged. Moreover, RBD behaviours often mirror typical dream content such as being chased, aggression, feeling threatened, a sexual experience, etc. (for more on dreams, see “The why and how of dreams”). Vigorous and violent behaviours can occur occasionally or very often, once or several times a night.

Acting out in dreams usually occurs in the second half of the night, close to morning awakening, when REM sleep lasts longer. Even if a person appears to be aggressive at night when they have RBD episodes, this is not reflected in more aggressive behaviours during the day.

RBD is an impressive but rare condition, affecting less than one percent of the population (approximately 0,5%). Individuals suffering from RBD are predominantly men over the age of 50. Women can also be affected, and in rare cases, younger individuals as well. The onset of RBD is often gradual and can worsen with aging.

People usually seek help for their RBD when their dream acting behaviour is violent or leads to injuries to themselves or to their bed partners. Another way to recognize RBD is to listen to how the RBD sleeper and others in their home describe the way they cope at night with the agitated sleep and dream acting out. Usually some sort of protective system is set up to prevent the sleeper or their bed partner from being accidentally injured.

As you fall asleep, muscle tone decreases as all the muscles in your body relax. They include the upper airway muscles such as muscles of the mouth, tongue and throat.

However, when these airway muscles lose too much of their muscle tone and cause the upper airways to repeatedly collapse (partially or fully) while we sleep meaning several times per hour, this is OSA. Once the involuntary obstruction or closure of the airways happens, insufficient air is flowing in and oxygen starts to diminish in the lung and in the cells. This triggers an emergency signal to restore oxygen levels urgently. Muscle tone is re-established, allowing the opening of the airways and proper breathing. This emergency reaction can create a brief awakening called a micro-arousal.

Most of the time, sleepers are not aware of these micro-arousals or that they lack air due to the apneas. Nonetheless, these symptoms have negative impacts on your health, sleep quality, and daily life.

Do you recognize yourself in the following night and daytime symptoms? Since the apnea, namely the collapse of the upper airways, goes unnoticed, people suffering from sleep apnea will instead report some of the following: 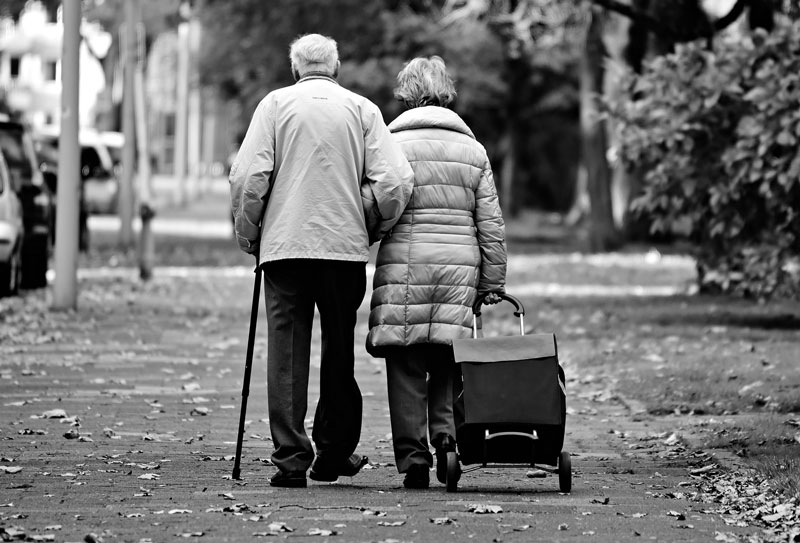 What to do or not do?

RBD is a neurological condition that is usually treated successfully. This disorder may also be an early indicator of Parkinson’s disease, a neurodegenerative disease.

These are two good reasons not to resist treatment out of shame or embarrassment: talk about it! If you are suffering from this condition, you should follow up with your doctor and seek the help of healthcare sleep professionals to get the right treatment as soon as possible.

The diagnosis of RBD is based on results from sleep studies, a medical exam, medication review and a report from the bed partner.

Sleep studies are important in the eliminatory diagnosis process and exclude other sleep disorders such as sleepwalking. They are a combination of subjective and objective sleep assessments done at the sleep clinic at your convenience by sleep professionals. They could include questionnaires, keeping a sleep journal and evaluating overall sleep quality using diverse physiological tests.

Your sleep quality and architecture will be recorded using a polysomnogram (PSG). This non-painful test uses multiple electrodes resting on your skin to measure electrical brain and muscle activities while you sleep. Sleep studies often test your breathing and lung function as they can explain several daily symptoms of poor sleep. To do so, respiratory rates and oxygen levels are recorded with a nose cannula, an effort belt is placed over your chest and abdomen and a heart rate and oxygen sensor at the tip of one of your fingers.

RBD and sleepwalking are often confused because they both involve wandering, movement or talking while sound asleep. One important difference is that sleepwalking occurs in slow-wave sleep stages, not in REM sleep, which explains why PSG is important in establishing a diagnosis. Also noteworthy, sleepwalking often starts during childhood and decreases during adulthood whereas RBD usually starts in adults, usually men, in their fifties.

Interventions and pharmacological treatments focus on injury prevention and controlling or eliminating the symptoms.

RBD patients are usually alert and not confused or disoriented when awakened during an episode. This makes it okay to try to wake them to stop the event, for example for safety reasons. When witnessing a violent RBD incident, it is also very important to be sure the sleeper won’t hurt him- or herself or anyone nearby. Safety first.

A practical way to prevent injury is to make the bedroom as safe as possible. Depending on severity, the following adjustments should be considered:

As for medication, there is a wide range of pharmacological options, most prominently benzodiazepines, which are medications that slow down the nervous system. Melatonin supplements are more and more used since they may have fewer side effects than benzodiazepines and help manage the violent behaviour. Even though it is sold over-the-counter, melatonin used in this  context needs to be monitored by a doctor.

What are the causes of RBD?

While the exact mechanisms are fully understood, recent evidence points to the dysfunction of part of the brain stem involved in the REM sleep muscle paralysis mechanisms and in the control of our movements; the “lock” mentioned above.

RBD can occur in conjunction with the following conditions: 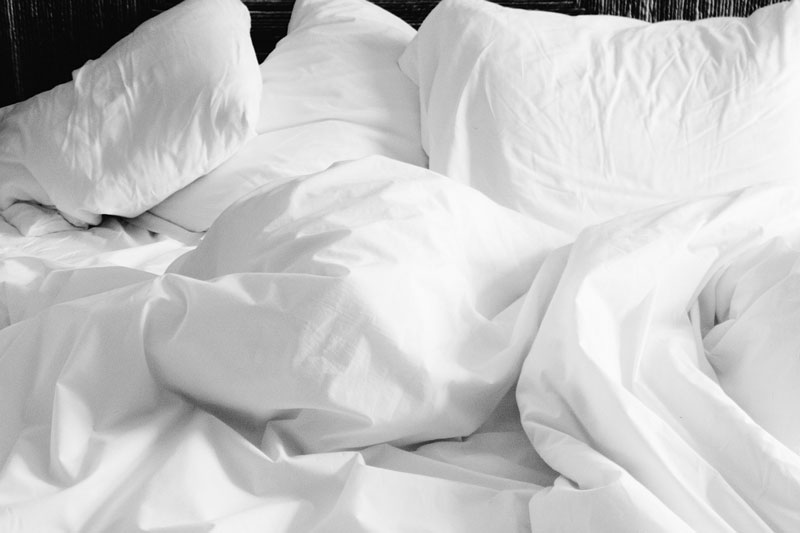 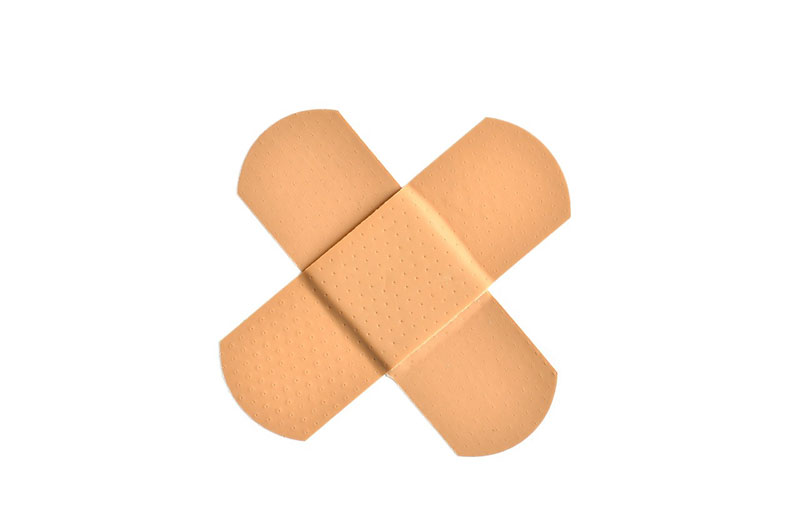 What are the consequences of RBD?

RBD disrupts the quiet and peaceful state that sleeping should be, for the sleepers, for their bed partner and for anyone else under the same roof.

Because of their uncontrollable acting out, involuntary injuries are not rare and are another cause of distress for the RBD sleeper and bed partner alike.

Fear of going to bed may arise as well as symptoms of insomnia and the usual daytime symptoms of fatigue and sleepiness* SLEEPINESS VS FEELING FATIGUE
Sleepiness is the urge or need, difficult to repress, to sleep during the day. Not to be confused with fatigue, which is feeling of exhaustion that encourages one to get some rest, but that does not translate into involuntary sleep or excessive need for it. Tired people can fight sleep without difficulty during the day. Sleepy people, on the other hand, are consumed by sleep. They can fall asleep easily in class, at work or while driving, for example. Sleepiness is not a normal state because it is related to either an acute (sleep deprivation) or chronic sleep loss or poor sleep quality. Severe sleepiness is often a crucial symptom of sleep disorders, but also of certain medical or psychological problems. Don’t sleep on it.

The good news with this sleep disorder is that effective treatments exist to regain control and move on with satisfying, restful and safe nights of sleep. Don’t wait any longer when you can sleep soundly again.

* SLEEPINESS VS FEELING FATIGUE
Sleepiness is the urge or need, difficult to repress, to sleep during the day. Not to be confused with fatigue, which is a feeling of exhaustion that encourages one to get some rest, but that does not translate into involuntary sleep or excessive need for it. Tired people can fight sleep without difficulty during the day. Sleepy people, on the other hand, are consumed by sleep. They can fall asleep easily in class, at work or while driving, for example. Sleepiness is not a normal state because it is related to either an acute (sleep deprivation) or chronic sleep loss or poor sleep quality. Severe sleepiness is often a crucial symptom of sleep disorders, but also of certain medical or psychological problems. Don’t sleep on it