What makes us want to fall asleep? What keeps us awake? Several biological forces and environmental cues regulate the complex system of sleep.

You probably heard about the expressions “night owl” or “early birds”. These are good examples that illustrate distinct and personal sleep needs which vary individually according to two forces; our biological clock system and  homeostatic pressure.

“Tell me how you sleep and I’ll tell you how old you are”. This sentence illustrates that sleep is a natural need that evolves throughout a lifetime from birth to advanced age. Babies, children, adolescents, adults and the elderly sleep differently as their bodies and brains change.

Let’s examine in more detail the complex phenomena, particular to each individual, which drive us to sleep or keep us awake.

Not everyone needs the same amount of sleep to feel rested (see below: Short, intermediate and long sleepers: how much sleep do we need?)

Some are at their best in the morning whereas others thrive at night (see below: Morning, intermediate and evening types: sleeping at the best time).

However, for all individuals the sleep-wake cycle relies on two forces:

1) the signal sent from our biological clock
2) the homeostatic pressure, which depends on duration of wake and sleep time. 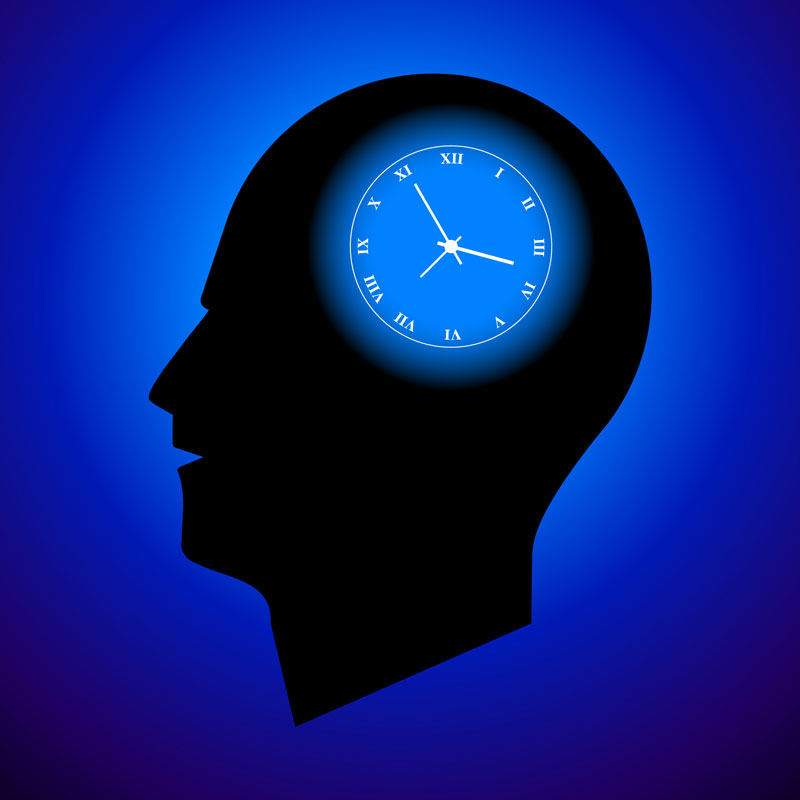 The biological clock is a tiny structure in the hollow of our brain. It modulates our body’s temperature and the levels of several hormones, such as melatonin and cortisol, on a 24-hour schedule. Why? Because it is partly what makes you sleep soundly at night (when it’s dark outside) and keeps you awake during the day (with the natural light of the sun). During the day, the biological clock system naturally emits a powerful “waking signal” making alertness optimal and sleep less conducive. It is the opposite at night when the biological clock sends a signal that induces drowsiness and then sleep that’s hard to resist. That is true for all diurnal animals. You can feel the strength of that biological clock system when you travel to another time zone or when you experience night shifts at work. These are two circumstances that challenge the biological clock. Indeed, in these situations, it is often difficult to stay awake or to sleep effectively because our sleep-wake cycle is not adjusted to the signal our biological clock is sending.

This amazing timekeeper can reset its time based on its synchronization with the light-dark cycle of our environment. Hence, when you travel around the globe, your biological clock system adapts to the new shifted dark-light cycle. The longer the number of hours of change the more time your body will take to adjust. Generally, after a few days of feeling jetlagged, the brain and body functions will synchronize with the new time zone. This means that the sleep-wake cycle as well as other functions like appetite, will be back on time.

This sleep force is a mechanism that works with a limited reservoir for sleep and wakefulness; in this way, it can be viewed as an hourglass. Once the wake reservoir is empty after a day or because we are in need of sleep after being awake for too long, it creates pressure to turn the hourglass (go to sleep) to refill the wakefulness reservoir. By falling asleep, we start emptying the sleep reservoir. The pressure to wake up will be at the highest point once we have slept the right amount of time for us, thus having emptied the sleep reservoir. Once again, the sleep drive hourglass will be emptied, day and night, pushing us to sleep or to wake up.

Sleep stages also change according to this natural force. For example, slow waves sleep (SWS), which is the deepest sleep stage, occurs largely at the beginning of the night, in response to a lack of sleep. If you suffer from sleep deprivation, SWS will be longer in order to compensate for prolonged awakening. Inversely, the longer we have been asleep, the less SWS we have, explaining why it is mostly observed during the early stages of the night.

“I can function well on fewer than six hours of sleep; I’ve trained myself to it.

”The future belongs to those who wake up early.”

“Every hour of sleep before midnight is worth two after midnight”

These beliefs have strong roots in our society which is oriented towards performance and productivity but they are myths. There are individual differences in the need for sleep involving duration and timing. Furthermore, sleep needs change throughout our life span. 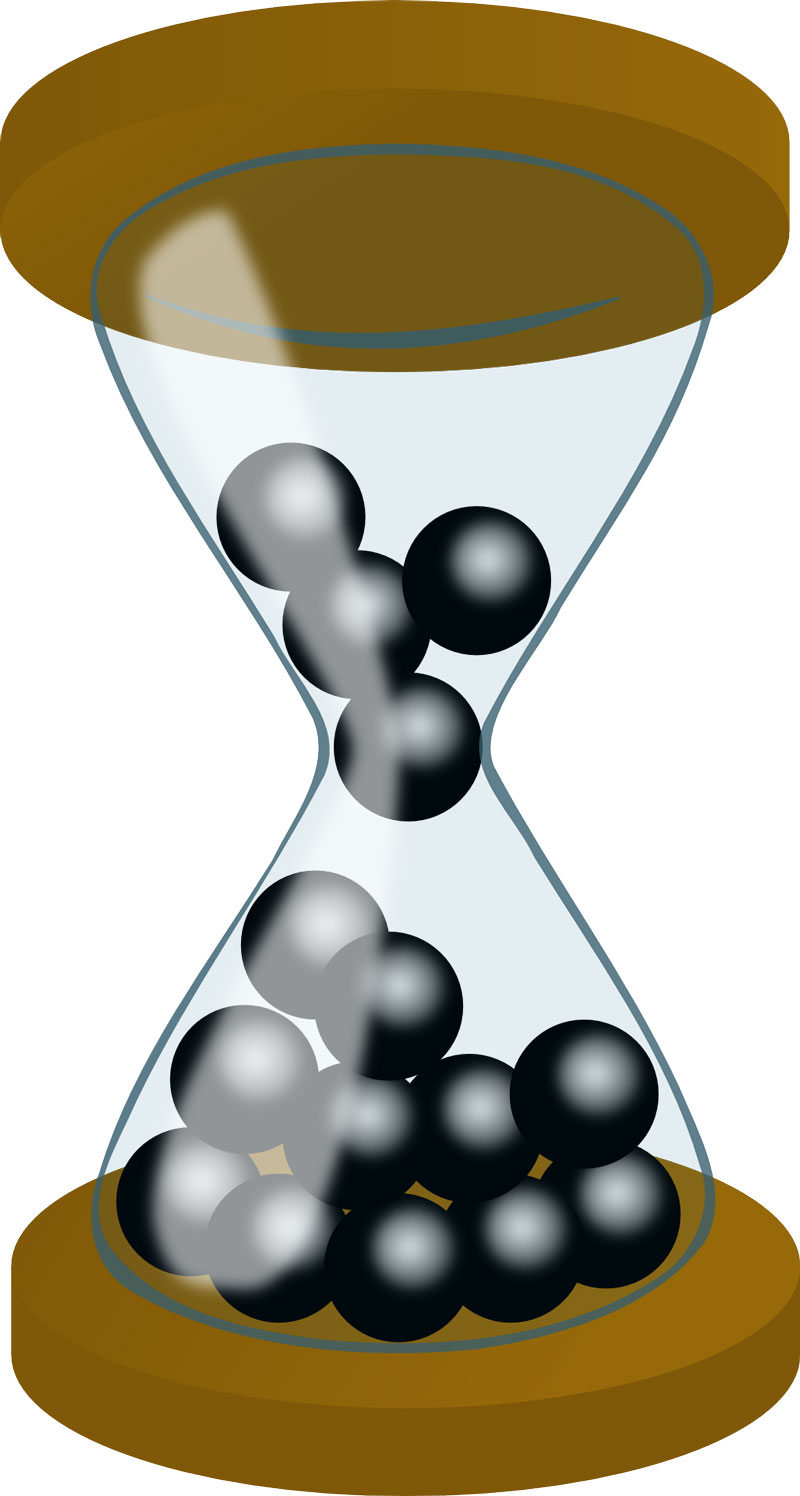 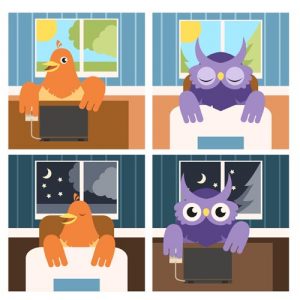 Sleeping at our best time

Timing is crucial but the future does not belong to those who wake up early or fall asleep before midnight. It belongs to those who understand their biological clock and know when during the day – early, midday or evening — they are most productive. Most people go to bed in the late evening and get up early in the morning, but some are different types of sleepers! 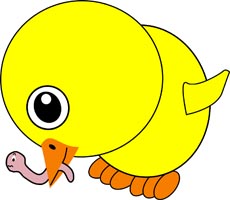 Evening types or night owls naturally prefer being active in the evening. These individuals spontaneously like to go to bed later and wake up later. They tend to work in the evening, and sometimes even at night, when their creativity and energy are at their best. 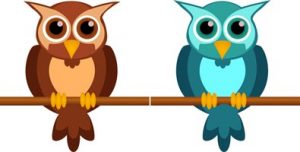 The work schedule and having young children are examples of constraints that sometimes force the different types of adult sleepers to be active at less natural times for their own sleep-wake cycles. This will often result in sleep deprivation. Try to adapt your daily life to your sleep type as best as possible and you will be better at controlling sleep deprivation!

Short, intermediate and long sleepers: how long do you need to sleep?

Even if common ground exists human beings come in various configurations and not all need the same amount of sleep to recover. Some are in full possession of their resources after only a few hours of sleep, while others have to sleep a lot longer.

The vast majority of adults need 7 to 9 hours of sleep each night. Some adults, however, need six hours of sleep or less whereas others need more than nine hours to function to the best of their ability. Short sleepers and long sleepers are very rare, representing ten percent or less of the adult population.

Despite the very low proportion of short sleeper (6 hours or less), it’s not uncommon to meet an adult who reports sleeping fewer than six hours a night. It is safe to bet however, that this individual has chronic sleep deprivation (see “Why sleep?” to learn more about sleep deprivation). The amount of sleep you need to be fully rested is unfortunately not a personal choice. Although our body can function for some time (sub-optimally) with sleep deprivation, we cannot “train” ourselves to become a short sleeper. The consequences of reducing how much we sleep are numerous and this practice can often be counterproductive.

Drowsiness* SLEEPINESS VERSUS FEELING FATIGUE
Sleepiness is the urge or need, difficult to repress, to sleep during the day. Not to be confused with fatigue, which is a feeling of exhaustion that requires one to rest, but that does not translate into involuntary sleep or an excessive need for it. Tired people can fight sleep without difficulty during the day. Sleepy people, on the other hand, are consumed by sleep. They can fall asleep easily in class, at work or while driving, for example. Sleepiness is not a normal state because it is related to either an acute (sleep deprivation) or chronic sleep loss or poor sleep quality. Severe sleepiness is often a critical symptom of sleep disorders, but also of certain medical or psychological problems. Don’t sleep on it! during the day is a good indication of sleep deprivation. When you cannot stay awake or need to sleep during the day, your body is sending you the signal that you did not sleep enough during the night. Knowing and respecting what kind of sleeper you are is crucial and will help you get the most out of your day.

When it comes to sleep needs, try to not compare yourself too much to others and listen to your needs! They may differ from the people around you, and that is all natural.

Sleep patterns change from birth to the end of life. During infancy and adolescence, sleep needs are greater than in adulthood because the brain and the body are in their maturing phase. Babies, for example, will stay awake for a period of time and then need to sleep, day or night; it’s mainly the hourglass mechanism that shapes their sleep-wake cycle.

In adolescence, there is usually a delay in the sleep phase. In other words, teens tend to go to bed late and get up naturally late. This phase delay will often worry their parents! Remember however, that this need is linked to development and dictated by natural internal forces, namely the mechanisms of the biological clock and homeostatic pressure. Adolescents are also particularly at risk of chronic sleep deprivation, as their delayed phase is generally not consistent with their school schedule.

As adults, sleep changes will continue, but in a more gradual manner. For example, with age, sleep becomes shallower and more fragmented either on its own or due to biological needs, such as needing to get up and go to the bathroom at night.

The duration and composition of sleep will change naturally throughout our lifetime. Here are the most common and recommended sleep durations for most of us according to age.

Across the board, balance is key to staying at our best, day and night, and that is why sticking to a regular sleep schedule that fits our natural needs in terms of when we go to sleep and how long we sleep is so important.

One thing that does not vary with age is the need to respect your natural forces at play: your biological clock and homeostatic pressure.

By applying these basic rules, you can make the most of your sleep: 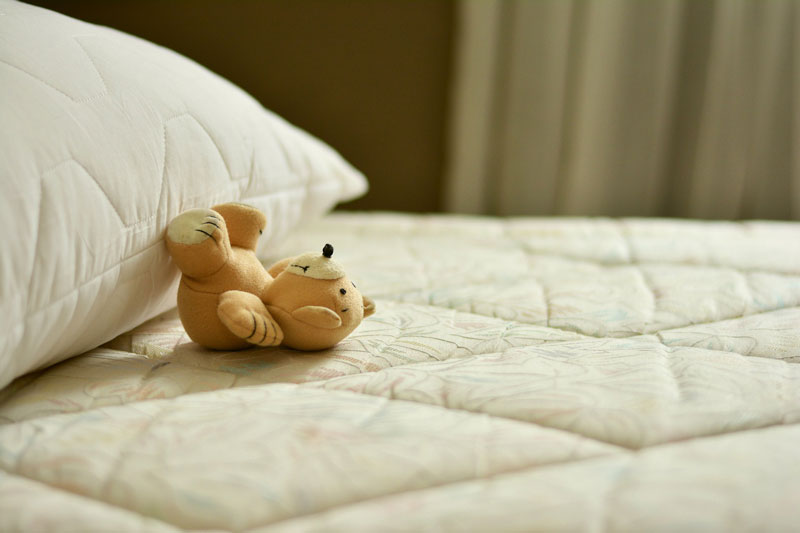 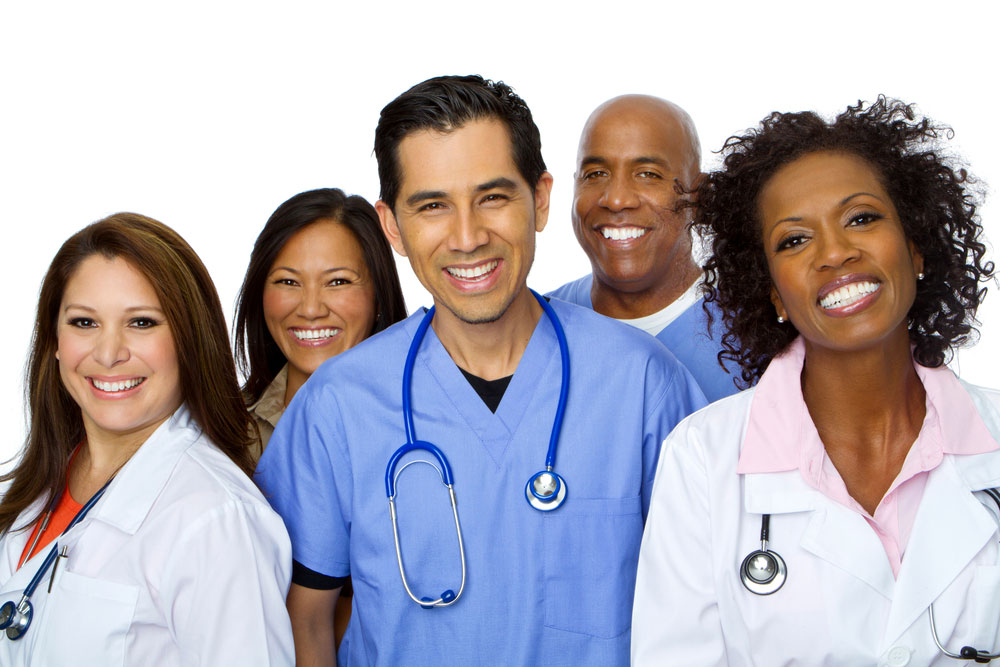 * SLEEPINESS VERSUS FEELING FATIGUE
Sleepiness is the urge or need, difficult to repress, to sleep during the day. Not to be confused with fatigue, which is a feeling of exhaustion that requires one to rest, but that does not translate into involuntary sleep or an excessive need for it. Tired people can fight sleep without difficulty during the day. Sleepy people, on the other hand, are consumed by sleep. They can fall asleep easily in class, at work or while driving, for example. Sleepiness is not a normal state because it is related to either an acute (sleep deprivation) or chronic sleep loss or poor sleep quality. Severe sleepiness is often a critical symptom of sleep disorders, but also of certain medical or psychological problems. Don’t sleep on it!